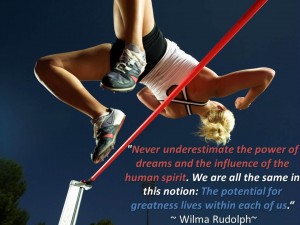 As the most decorated Olympic Athlete of the 2008 Beijing Games, Michael Phelps is once again entertaining the crowds during his performances in these Olympic Games in London, which begin Friday July 27, 2012. I really like watching the swimming events and this year Missy Franklin is a favorite of mine (and many other USA fans) to watch as well!

Both Phelps and Franklin have spent countless hours, both in and out of the pool, making sure their bodies are in top condition. I am sure we will be learning a lot more about Missy, but for now we know a few things about Phelps in regard to his nutrition. One of the most important parts of his training is his fueling system. It is reported Phelps takes in a whopping 10,000- 12,000 calories a day.

Imagine starting your day with a breakfast like this: 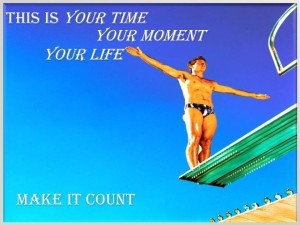 While some nutritionists and dieticians feel this is a little much, it is up to the athlete to determine when they feel at their peak performance

The Good, the Bad and the Ugly of Nutrition

Nutrition for high intensity athletes like Phelps is just as important as training hours. The number of calories athletes take in per day depend on a few factors such as gender, sport and size.

Nutritionists and dieticians closely monitor athletes during training in order to make sure they are eating the correct number of calories. For example, it is determined that on average an Olympic athletic female needs 2,000 – 3,000 calories and males need to consume 3,000 – 5,000.

Without the correct amount of fuel athletes are more likely to be fatigued, injured or be effect by larger problems such as cardiovascular disease and osteoporosis.

With the desire to again every competitive edge, the benefits of proper nutrition are hard to pass up:

It’s true carbohydrates, such as bread, rice and cereals, produce energy for the body but too many carbs can leave the body feeling sluggish which is why it’s important for different sports to get different amounts in their daily diets.

For example: A weightlifter may consume 70% of his calories from protein in order to gain more muscle mass and help repair them faster. On the other hand a distance runner may get 70% of their calories from carbs in order to have more energy for a 10k.

Athletes need a variety of carbohydrates, fats, vitamins and minerals, and protein to fulfill their body’s needs.

Just as important as eating the right foods is staying properly hydrated. Even on the coldest of days athletes should be fueling their body with a sports drink, to replenish lost electrolytes, and water. Hydrating does not take place only during practice or a competition, it begins and ends hours before and after the event. Failure to properly hydrate could result in serious illnesses such as heat stroke or exhaustion.

Hopefully we see Michael Phelps, Missy Franklin, and many more U.S athletes proudly sporting their gold medals this Olympics knowing all their hard work and commitment has lead them to achieve their ultimate goal.

Congratulations and Good Luck to all our Olympic Athletes!