21 Shaklee Pure Perfomance Team Athletes competed in PyeongChang in February, 2018. They sure were fun to watch and they engaged in some of the most outstanding competitions ever contested. 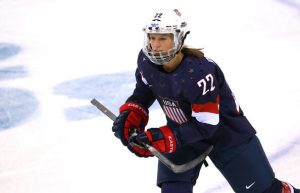 While we were in Atlanta, Georgia for the Shaklee Global Conference in August, 2018, we met quite a few of the Pure Performance Team Members. They were excited to share their stories, as well as how Shaklee helps them to train better and perform at their best. They each had their favorite products but used multiple products daily to support their tough schedule. It is important for Olympic athletes to stay healthy and energized.

Shaklee Pure Performance Team Members Kacey Bellamy,  Dani Cameranesi, and Emily Pfalzer won gold medals in Women’s Ice Hockey.  Kacey described winning the gold medal as “Magic!”  She represented the USA in her third trip to the Games, winning silver medals in Vancouver in 2010 and Sochi in 2014, and stated, “Every day we did everything for the greater good of the team. Winning the gold was just playing great, but receiving the gold medal was magical.”

All three athletes contributed fully to the victory, displaying the skill, speed, strength, and determination that earned them a well-deserved win over the team representing Canada.

Each of the seven Shaklee Pure Performance Team medal winners fought valiantly for every point, fraction of a second, and goal scored, and the Shaklee Family could not be prouder of all their accomplishments. 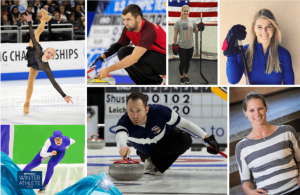 The US Curling team went on an enchanted run as Shaklee athletes John Landsteiner and Tyler George helped the team slide, sweep, and bump to a gold medal, the first ever for a US Curling team. John’s trip to Sochi in 2014 yielded only two victories in the tournament, but in PyeongChang the team swept to the gold by winning their last five matches. In a sport that some years ago was encumbered with the reputation of a training regimen of beer and pizza after matches, these incredible champions displayed an undeniable mix of athleticism, strategy, teamwork, grit, and the skilled touch that helped propel them through the two-week grind of the Games. “We were able to show what we can do,” said John shortly after claiming the gold, “and we’re really proud of that.”

In an incredible display of form and fitness, Carlijn Schoutens helped the US Women’s Long Track Team Pursuit grab a bronze medal, the first for US Long Trackers in 16 years. “It was an amazing experience representing the United States and skating my heart out here in PyeongChang,” said Carlijn. “Winning bronze was such a great reward. A lot of hours of training and decision making went into this and it is very cool to have a medal to show for that. A couple of years ago, I never expected to be able to accomplish this, and that just goes to show how much progress you can make by committing to a goal.”

An athlete who virtually burst onto the figure skating scene this season is Bradie Tennell, who won the 2018 US National Championships in January. Bradie skated to a Mixed Team bronze medal with her Short Program, a “clean” performance with no falls or major errors. One of the most-watched events of the Games, the Mixed Team event showcased Bradie’s ability to infuse her program with spellbinding artistry and precise, powerful jumps. Said Bradie of her Mixed Team medal, “This was amazing, such a surreal experience, and I’m just so happy to be on the US team.”               ~Shaklee Naturally Blog

Congratulations to all the Shaklee athletes in PyeongChang who stirred a rousing flame within each of us and lifted the spirits of the world with their magical performances.

To learn more about all 21 athletes and competitions: 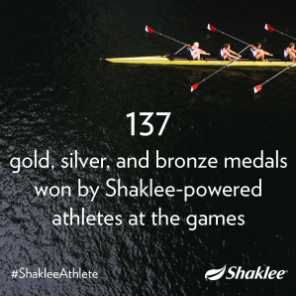 The Shaklee family loves to follow their Pure Performance team members as they compete. And The Shaklee  Corporation is proud to support such a group, who represent the over 100-year Shaklee commitment to creating safe, proven, and 100% guaranteed nutrition that gives athletes the healthy edge they need to win at the highest levels of competition.

To ensure they’re not only getting the performance and efficacy they need to compete, but also guaranteed quality and purity, these world-class athletes all choose to use Shaklee products.

The Shaklee Pure Performance Team represents the over 100-year Shaklee commitment to creating safe, proven, and 100% guaranteed nutrition that gives athletes the healthy edge they need to win at the highest levels of competition. To ensure they’re not only getting the performance and efficacy they need to compete, but also guaranteed quality and purity, these world-class athletes all choose to use Shaklee products.

Taking a health assessment is a great way to take stock of your own health and start an anti-aging plan (it’s never too early or too late!).

Here is a Healthy Print you can take to get an idea of where you might need to plan some healthier lifestyle choices. 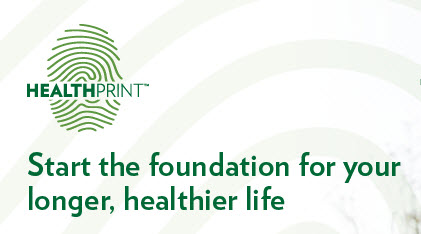