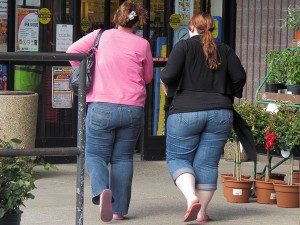 When you talk weight loss, all kinds of failure stories enter into the conversation. If you think about it, if diets worked, you wouldn’t have to go on one weight loss program after another. Still, losing weight is hard to do.

I just read a question (to the doctor section) in our local newspaper and a 30 year old woman was writing about being 100 pounds overweight. She states she gets plenty of exercise and she has tried diets.

Being overweight runs in the woman’s family, on both sides. She said that her doctors don’t want to give her anything to help her metabolism, or anything else. And she shares that she suffers from acid reflux, though not severe enough for her medical insurance to pay for any type of weight loss surgery.

The woman is frustrated, as are many people who are overweight. Another issue is that she has been trying to get pregnant and has been unsuccessful. Doctors tell her that the weight is why she can’t get pregnant. That would be devastating to a woman who would like to be a mother.

So what did the doctor in the newspaper respond?

He starts by saying that losing weight – and keeping the weight off – is one of the hardest things that doctors ask their patients to do.

To interject some thoughts here:  this is what we have been talking specifically about in regard to weight loss, and why so many diets fail. They don’t take into account the after-after. The period of time after the weight loss and even after the first months of maintaining the weight loss.

It’s after this that people struggle. They go back to old eating habits. It can be easy to put the pounds back on, certainly easier than it was to take them off. And if you lost muscle along with your fat during your diet, you are at higher risk of gaining the weight back because you have less muscle to help you burn calories.

Back to the doctor’s response. Without the ability to ask questions back in this newspaper Q & A format, the way a doctor should do before making a diagnosis, he is forced to give his opinion (in my opinion with too little information). 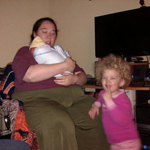 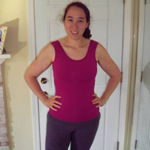 The doctor states that since the woman is not ‘getting the help you need from your doctors’ she should find someone that will help her. He advises that in addition to exercise and diet, medications could be helpful. And even suggests that for a woman of 30 who is overweight 100 pounds, weight-loss surgery would be acceptable if other forms of treatment on their own do not work.

After confirming that being overweight does reduce her chance of getting pregnant and losing weight would improve those chances, the doctor recommends to wait at least one year after surgery, if she would get it, before trying to get pregnant.

Surgeries like this scare me, and I would want to exhaust all other options first. I have also read about complications after surgery, and still think it’s a drastic measure. I am not sure being 100 pounds overweight is reason enough for surgery, or 200. What about working with a natural weight loss specialist first? Instead of trying diets on your own, maybe work with someone who might help more personally as well as keep accountability – almost like the weight loss shows you watch on television.

When we were in Las Vegas in August for Shaklee’s annual conference, they had the 10 weight loss finalists from a CINCH competition appear on stage. The overall winner was announced and he had lost 200 lbs with the Cinch, now Shaklee 180 program. All of the weight loss stories were impressive and inspiring – and accomplished without surgery.

The CINCH program became Shaklee 180 on January 1, 2013. With over five years of success stories behind Cinch, we are super excited to launch Shaklee 180. 90 days to lose weight and 90 days to learn how to keep it off. If you need to lose significant weight, it will take longer than 90 days, and maybe even longer than 180 days – but it’s the healthy way to lose weight and the leucine component makes it the effective way to keep the weight off and maintain that new, healthy goal weight.

To learn more about Shaklee 180, visit Losing Weight Hard To Do – except with 180.